It’s back! Beer you can’t find anywhere else. Join us for the 5th Annual Noah Webster Real Ale Harvest Festival brought to you by the museum and the Harvest family of stores.

21+ breweries create a unique cask of Real Ale good for this one day only and there is a catch. Their brew must include an ingredient from Noah Webster’s 18th-century garden or pantry list.

YOU choose the Taster’s Choice Award winner. Your votes will be counted by the official Real Ale Fest accounting team of Clark Hirth using their weighted system designed just for the event.

Live music at both sessions by Steal Your Funk! Food will be available for purchase.

You will take home a commemorative Real Ale tasting glass and program with full details on each cask entered into the challenge.

Drink responsibly. Must be 21 with proper ID.

All proceeds from the event will benefit the museum’s educational mission. The Noah Webster House is a 501 (c) 3 non-profit museum.

Thank you to our sponsors! 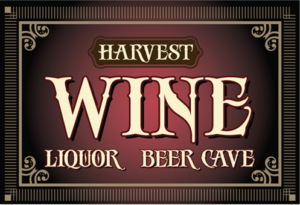