Highlight from the Collection 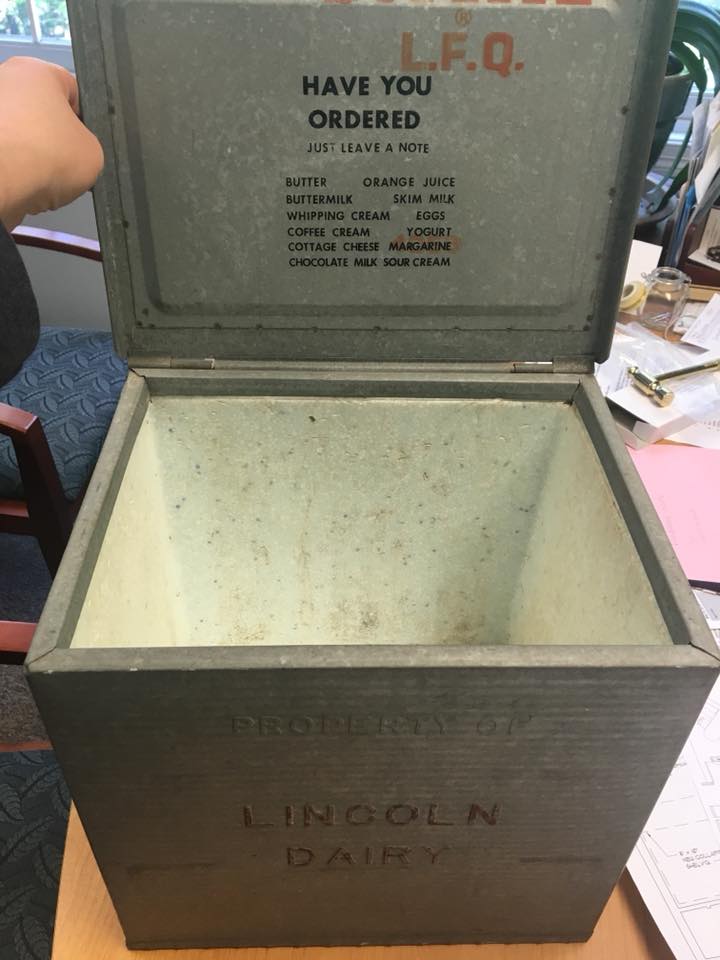 Check out our latest acquisition! This cooler from Lincoln Dairy comes complete with styrofoam lining and an advertisement for the many products they’d deliver right to your door. Were you their customer?

Lincoln Dairy was established in Hartford in 1913 and was officially organized in 1920 by Emil B. Godiksen and Martin Ares. By 1922, they had a one-truck, 5-wagon operation. They grew over the next few years to open their ice cream and dairy bar business. By 1955, there were 7 Lincoln Dairy ice cream bars in Greater Hartford. 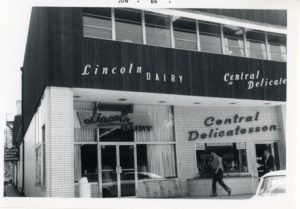 In 1953, the Lincoln Dairy opened its dairy bar on New Britain Avenue and soon moved their main plant from Ward Place in Hartford right next door to their New Britain Ave. dairy bar. While it was busy and successful for many years, it’s popularity dwindled throughout the 1960s. Come 1974, Emil B. Godiksen, Jr., son of the owner, declared the building too large for the company’s needs. He sold the plant.

We wonder what other remnants from Lincoln Dairy are lying around West Hartford. Check your attics!