On Sunday, October 7 at 2 p.m., the public is invited to hear poets David Capella, Dennis Barone, Tony Fusco, and Maria Sassi as they lead an afternoon of poetry at the Noah Webster House & West Hartford Historical Society.

In what has become an October tradition, the museum welcomes David Cappella, Professor Emeritus of English and 2017/18 Poet-in-Residence at Central Connecticut State University, has co-authored two widely used poetry textbooks, Teaching the Art of Poetry: The Moves and A Surge of Language: Teaching Poetry Day to Day. His chapbook, Gobbo: A Solitaire’s Opera, won the Bright Hill Press Poetry Chapbook Competition in 2006. The entire manuscript has been accepted for publication by Cervena Barva Press. He recently published a novel, Kindling. Currently, he is co-translating Tracce di un’anima, the poems of Italian poet Germana Santangelo. Visit his university website: http://webcapp.ccsu.edu/?fsdMember=249.

Dennis Barone served as the second Poet Laureate of West Hartford. He is the author of seven books of short fiction, including Second Thoughts (Bordighera Press, 2017). He is also the author of a collection of prose poems, The Walls of Circumstance (Avec Books, 2004). Bordighera Press published his study of Italian-American narrative America/Trattabili in 2011. Barone is editor of New Hungers for Old: One-Hundred Years of Italian-American Poetry (Star Cloud Press, 2011). He is also the editor of Garnet Poems: An Anthology of Connecticut Poetry Since 1776 (Wesleyan University Press, 2012). In 2016 the SUNY Press published his study Beyond Memory: Italian Protestants in Italy and America. In 2017 he received the inaugural Sister Mary Ellen Murphy Faculty Scholarship Award, University of Saint Joseph.

Tony Fusco is Co-President of the CT Poetry Society. He has a Master’s Degree in Creative Writing from Southern Connecticut State University. He was the editor of Caduceus, the anthology of the Yale Medical Group Art Place and past editor of The Connecticut River Review. His work has appeared in many publications. Tony is the owner proprietor of Flying Horse Press, which is currently publishing books of poetry. His latest books are Java Scripture (2014), Droplines (2009), and Jessie’s Garden (2003), which includes serious and humorous poems about his youth in West Haven, Savin Rock, and Allingtown.

Maria Sassi will host this afternoon of poetry. Maria Sassi is a prize-winning poet and playwright and served as the first Poet Laureate of West Hartford. Her book of poems, Rooted in Stars, is in its second edition, the first is in the Beinecke Rare Book and Manuscript Library at Yale University. Her work has been published in numerous poetry journals. She taught poetry at the University of Hartford’s Hartford College for Women for over ten years. For more than ten years, Maria has welcomed the public to enjoy afternoons of poetry at the Noah Webster House & West Hartford Historical Society through its Poetry Read-In series. Most recently, she has received grants from the Hartford Foundation for Public Giving and the Connecticut Commission for the Arts for her poetry.

Poets are encouraged to read their own works during the open mic portion of the afternoon. Sign-up sheets will be available at 1:45 p.m. Light refreshments will be served. The event is free to the public, but donations will be gratefully accepted. Reservations are recommended as seating is limited. 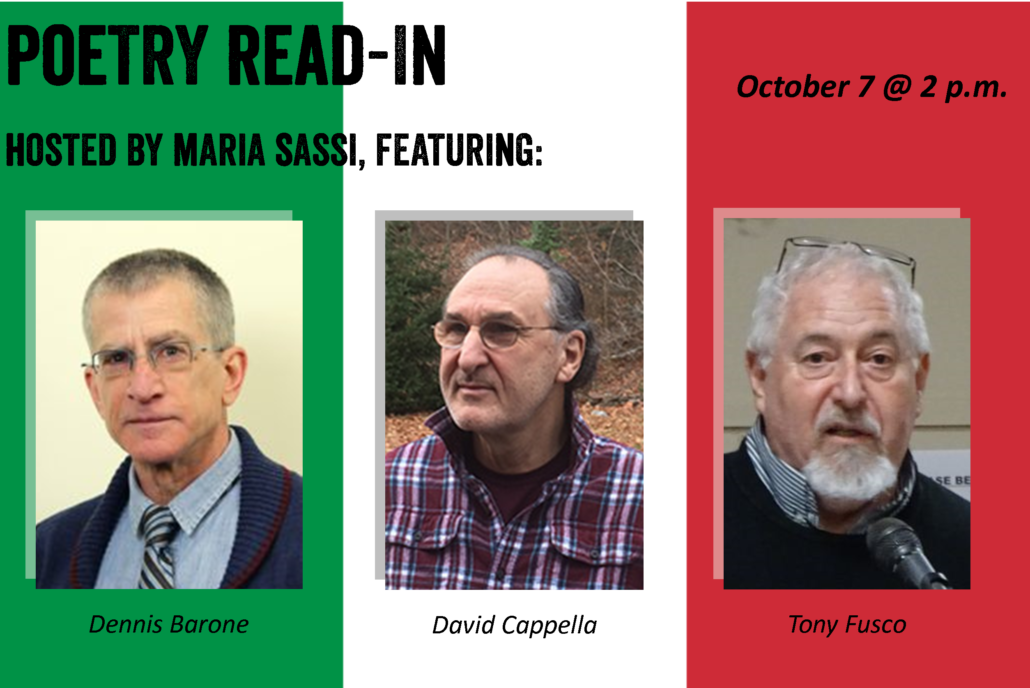